GERSA had been a concept of Dr. Charles W. Randall since his days of fellowship training in the hallowed halls of Barnes Hospital at The Washington University Medical Center. It was his dream to bring state of the art clinical practice as well as clinical research to his home town of San Antonio. GERSA began with Dr. Randall doing clinical projects in the mid-1990s. Not long after his works were published and presented in prestigious venues such as Digestive Disease Week and The Annual Meeting of the American College of Gastroenterology he began receiving grants from pharmaceutical and equipment companies to do both investigator initiated studies as well as industry sponsored clinical drug trials. The fledgling research unit became a division of the Gastroenterology Clinic of San Antonio that same year. 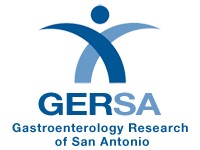